TWELVE (12) STEPS TO KNOW IF YOU ARE AN ENTREPRENEUR 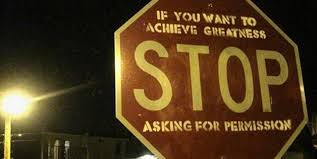 Stephane Bourque, founder and CEO of Vancouver, British Columbia-based Incognito Software, says true entrepreneurial types are more likely to ask for forgiveness than permission, forging ahead to address the opportunities or issues they recognize.
"Entrepreneurs are never satisfied with the status quo," says Bourque, who discovered he was not destined for the corporate world when his new and better ways of doing things were interpreted as unwanted criticism by his bosses. Now, he says, "I wish my employees would get into more trouble," because it shows they are on the lookout for opportunities to improve themselves or company operations.

6 of 12 YOU ARE FEARLESS.
Where most avoid risk, entrepreneurs see potential, says Robert Irvine, chef and host of Food Network's Restaurant: Impossible. True 'traps are not afraid to leverage their houses and run up their credit card balances to amass the funds they need to create a new venture. In some ways, he says, they are the ultimate optimists, because they believe that their investments of time and money will eventually pay off.

"If you have only one acceptable outcome in mind, your chances of making it are slim," cautions Rosemary Camposano, president and CEO of Silicon Valley chain Halo Blow Dry Bars. She says that if you are willing to listen, your clients will show you which of your products or services provide the most value.
Her original vision for Halo was part blow-dry bar, part gift shop, "to help busy women multitask," she explains. But she quickly learned that the gift shop was causing confusion about the nature of her business, so she took it out and replaced it with an extra blow-dry chair, and things took off. Smart entrepreneurs constantly evolve, tweaking their business concepts in response to market feedback. 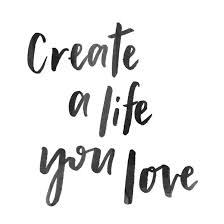 When confronted by problems, many employees try to pass the buck. Entrepreneurs, on the other hand, rise to the occasion. "Challenges motivate them to work harder," says Jeff Platt, CEO of the Sky Zone Indoor Trampoline Park franchise. "An entrepreneur doesn't think anything is insurmountable… He looks adversity in the eye and keeps going."


Candace Nelson, founder of Sprinkles Cupcakes, agrees. Despite naysayers who questioned her idea for a bakery in the midst of the carb-fearing early 2000s, she persevered and now has locations in eight states. In fact, she was one of the first entrepreneurs in a business that became an ongoing craze, sparking numerous copycats.
Posted by Unknown at 01:07 No comments: